...and Breathe out,
while the page loads! 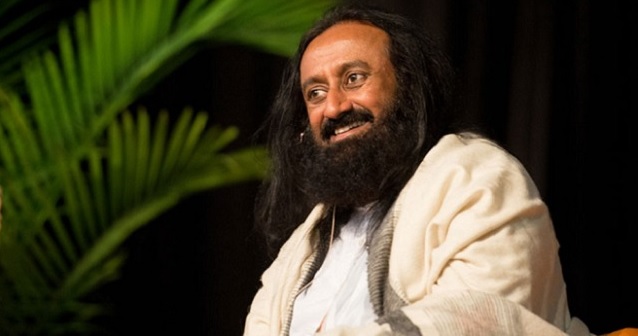 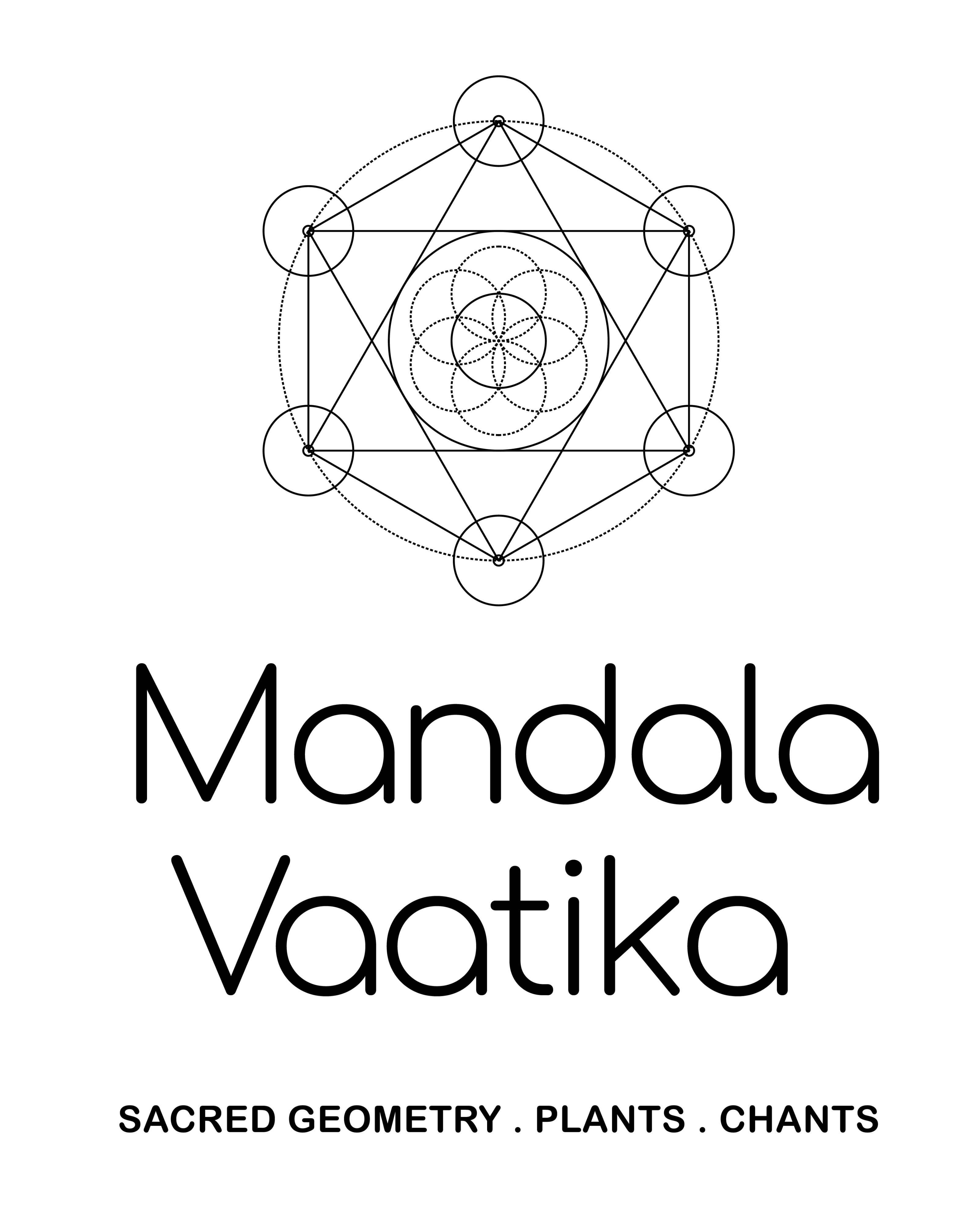 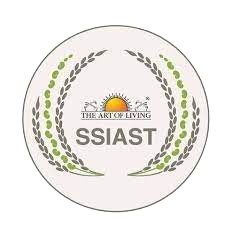 This program focuses on Revival of Ancient Gardens which were built on Three Pillars: Sacred Geometry, Plant Frequencies & Vedic Chants. 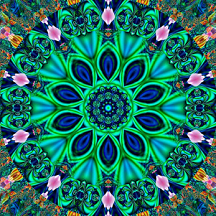 In ancient India, gardens were created as a means of experiencing the underlying nature of all reality. Garden design was based on Mandala or Sacred Geometry. 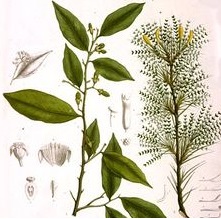 Plant species that were planted, were selected based on their vibrations or frequencies.

Interaction of the geometric patterns, sounds from chants, together with the plant frequencies, were said to generate shifts in mental states that gave an opportunity to experience the ultimate nature of all existence. 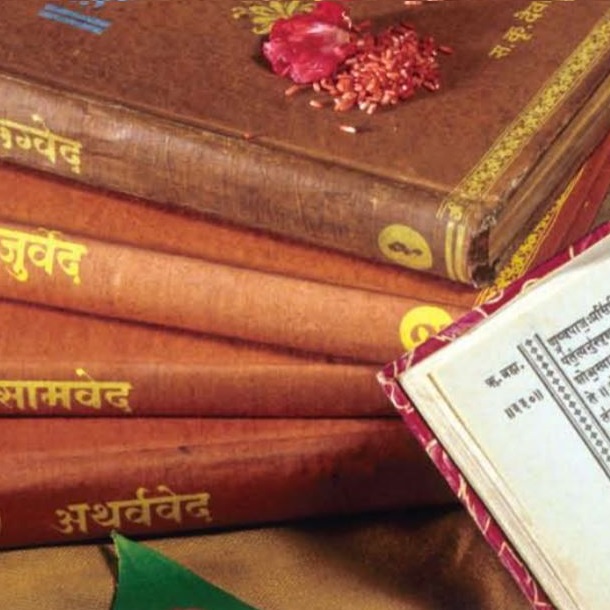 Sadly, this science is now all but lost with only fragments of this powerful knowledge remaining. This program seeks to revive this ancient knowledge in a simpler form that can be experienced by all.

The Mandala Vaatika is an art of garden system derived from ancient Vedic scriptures that, in a unique manner combines the science of sound vibrations (Naad), geometric patterns (Cymatics), plants & their unique frequencies - and becomes a medium for one to experience different dimensions of consciousness when these elements join together. It not only resonates with the theory of modern Quantum Physics and how wave functions & their vibrations combine to create the physical world around us. It also finds similarities with the ancient cultures from Asia, South America, Middle eastern Arabesque, Christianity and Judaism. This knowledge being so universal and profound, and yet so simple caters to the intellectual mind of scientists, of those curious individuals wanting to explore different dimensions of life, garden enthusiasts, homemakers and students perfectly well.

The Movie "Tenet" through the Lens of Mandala Vaatika: 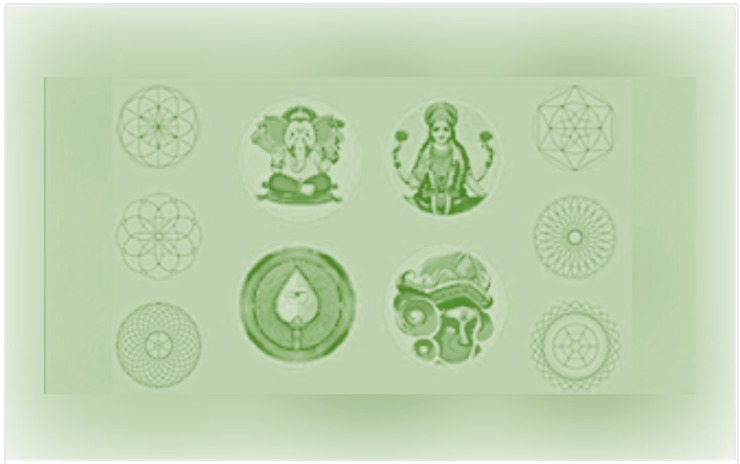 Who is Dr. Prabhakar Rao?

Even as a child Dr. Prabhakar Rao was intrigued by the origin of life and everything around it. Sitting up high on the branches of an old guava tree in his parents' home, he would spend hours staring into the sky and years later, when he began his study of agriculture and went on to pursue his PhD in Plant Breeding and Genetics, he would say, I was drawn to farming because it had ‘creation’ as its manual and ‘connection’ as its goal.

The birth of the Mandala Vaatika probably took place in his mind in those days. As a seed, a thought, a curious impulse. Years of relentless research made him recognise the incredible depth of wisdom and knowledge in our Vedic traditions and after he and his wife met Gurudev Sri Sri Ravishankar in 1997, he began his life’s mission to revive ancient agriculture practices and contextualise them in both contemporary and scientific paradigms.

Today, Dr. Rao travels the country training farmers in India on chemical-free sustainable agriculture using Sri Sri Natural Farming techniques derived from India’s ancient agricultural heritage. He is a seed-keeper sourcing dying varieties of indigenous seeds, multiplying and propagating them to ensure that these precious seeds are preserved for future generations. He works with committed youth and mentors them to set up sustainable agricultural start-ups. While traveling around the world, he collaborates with farmers and scientists who share his passion for revival of sustainable and climate-resilient agricultural practices.

Dr. Rao also speaks on seed-keeping and sustainable, climate-resilient agriculture on various platforms including TEDx and has been featured on CNN, BBC and The History Channel.

He is a Trustee with the Sri Sri Institute of Agricultural Sciences and Technology Trust.

A multi-faceted personality, Dr. Rao is a renowned landscape architect and holds design & consultation credits of several iconic projects in India and around the globe. These include the Dubai Palm Islands, Kazan’s Prime Waterfront, the Sardar Vallabhbhai Patel statue in Gujarat, the Green Project for Amaravati, the Kashi Vishwanath Temple and others.

At the Art of Living International Centre in Bangalore, he has designed iconic landscapes including Radha Kunj, where he recreated a 5000 year old Vedic garden and the Guru Paduka Vanam, a magnificent amphitheatre in the shape of a Paduka, a unique and ancient form of wooden footwear in India. The Guru Paduka Vanam is a garden that symbolises the surrender of the ego at the feet of The Master.

While designing the Radha Kunj, Dr. Rao started exploring the principles of design in ancient Vedic gardens and traced the original transcripts of the Mandala Vaatika to the University of Heidelberg in Germany. After years of research, he presented this program concept to Gurudev Sri Sri Ravi Shankar. With Gurudev’s Blessings and on His instruction to take this knowledge back into the world, in July 2020 the first Mandala Vaatika program from The Art of Living was launched. 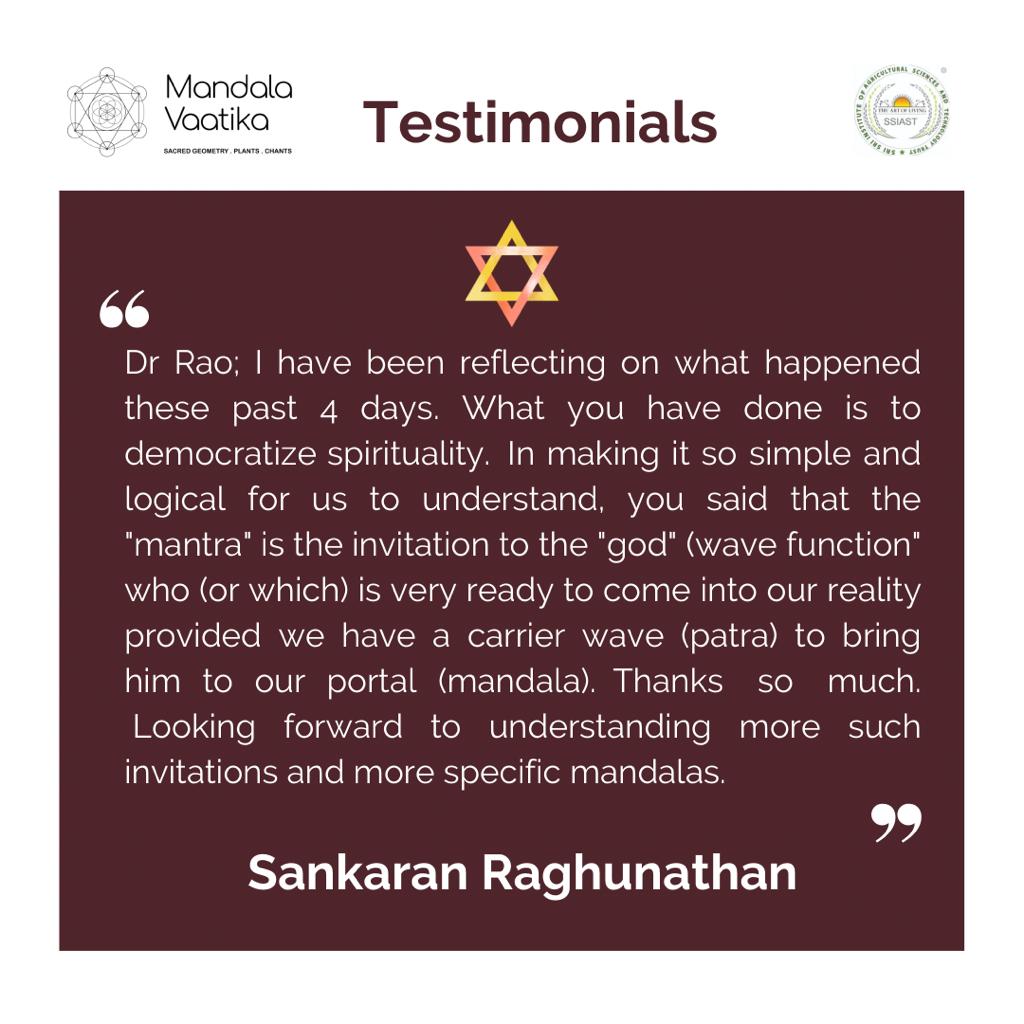 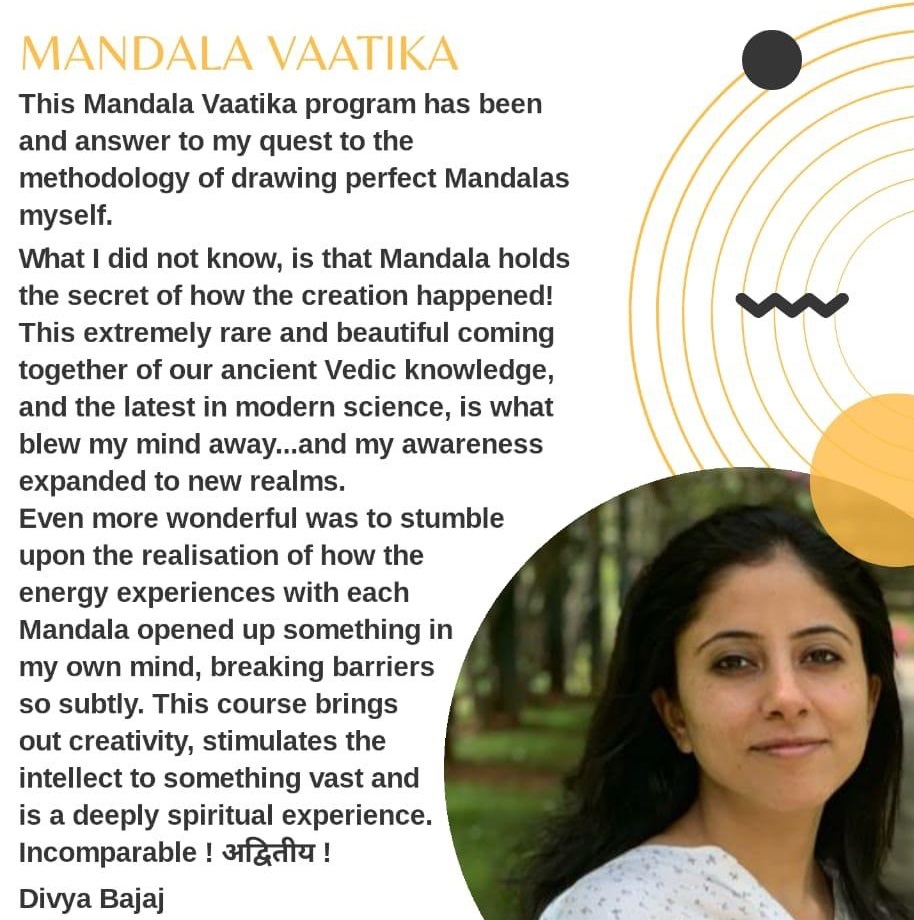 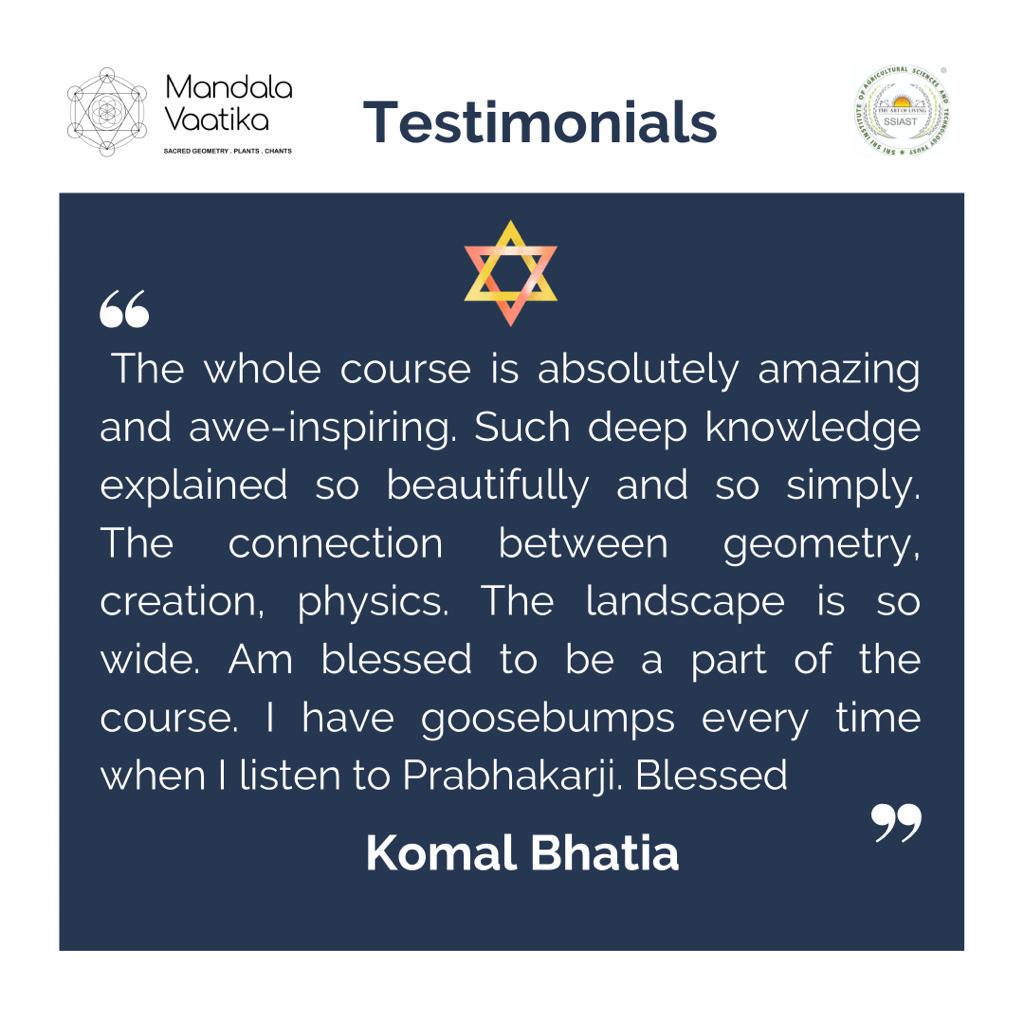 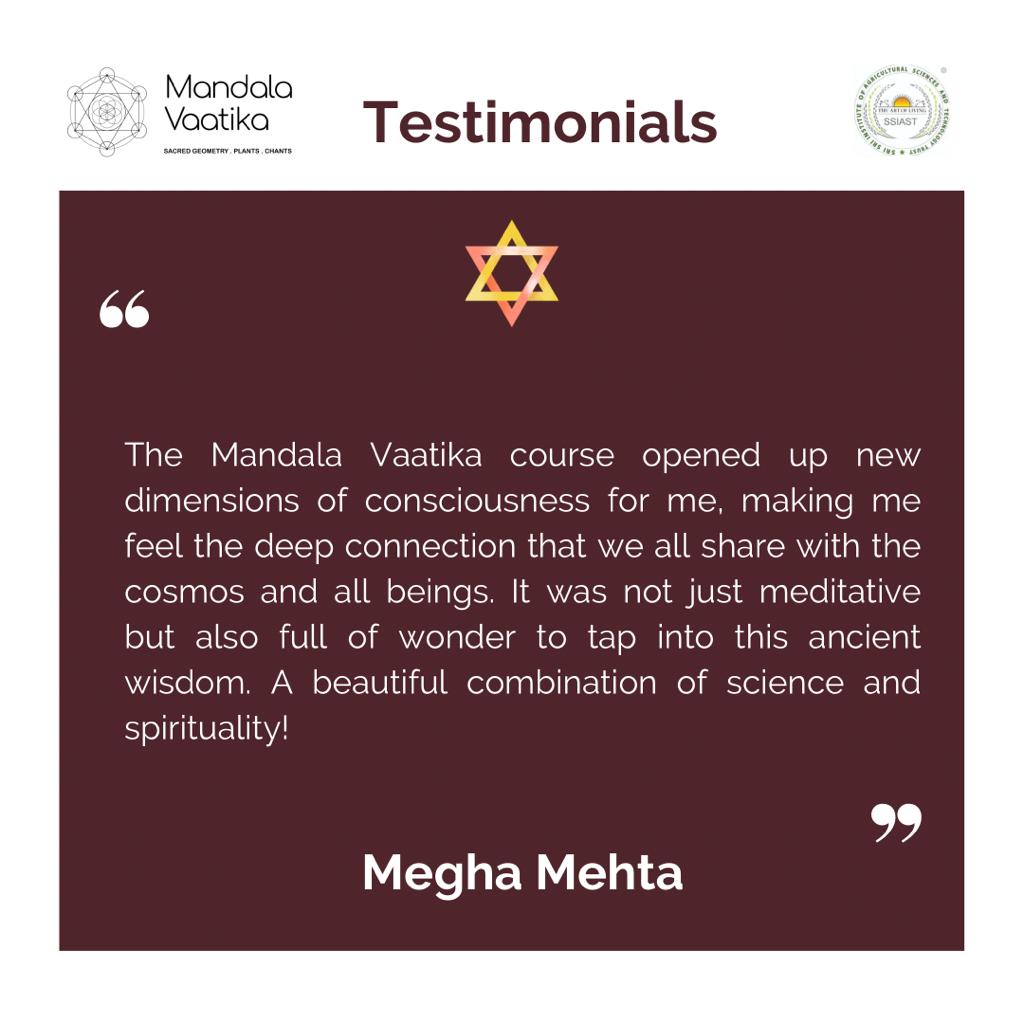 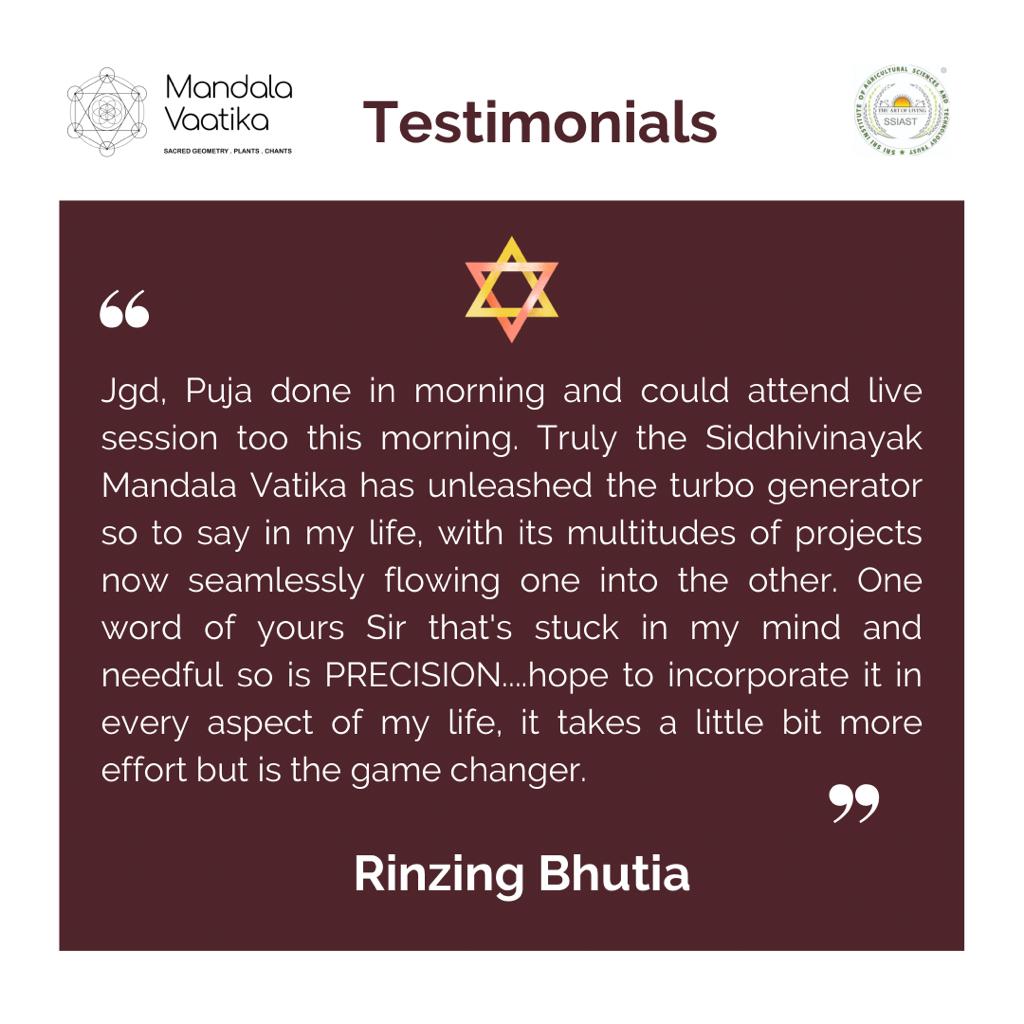 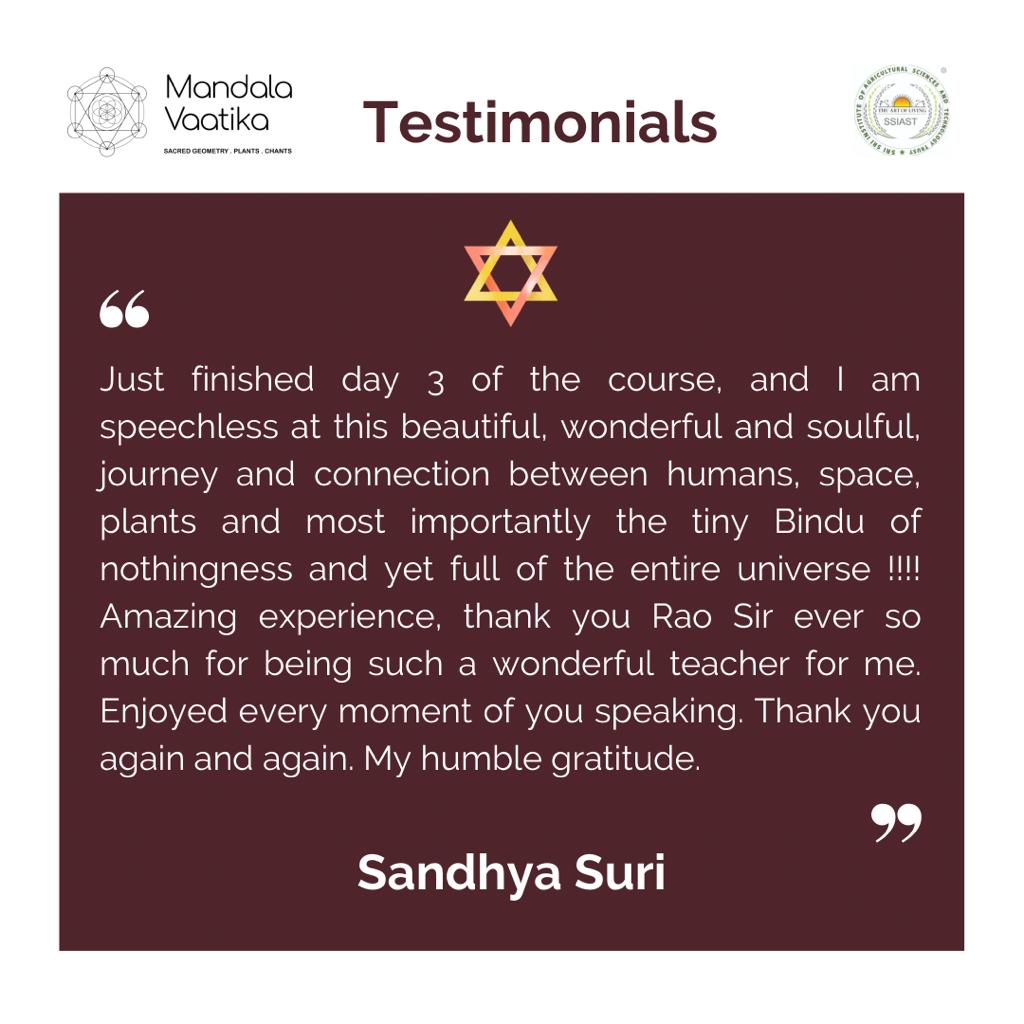 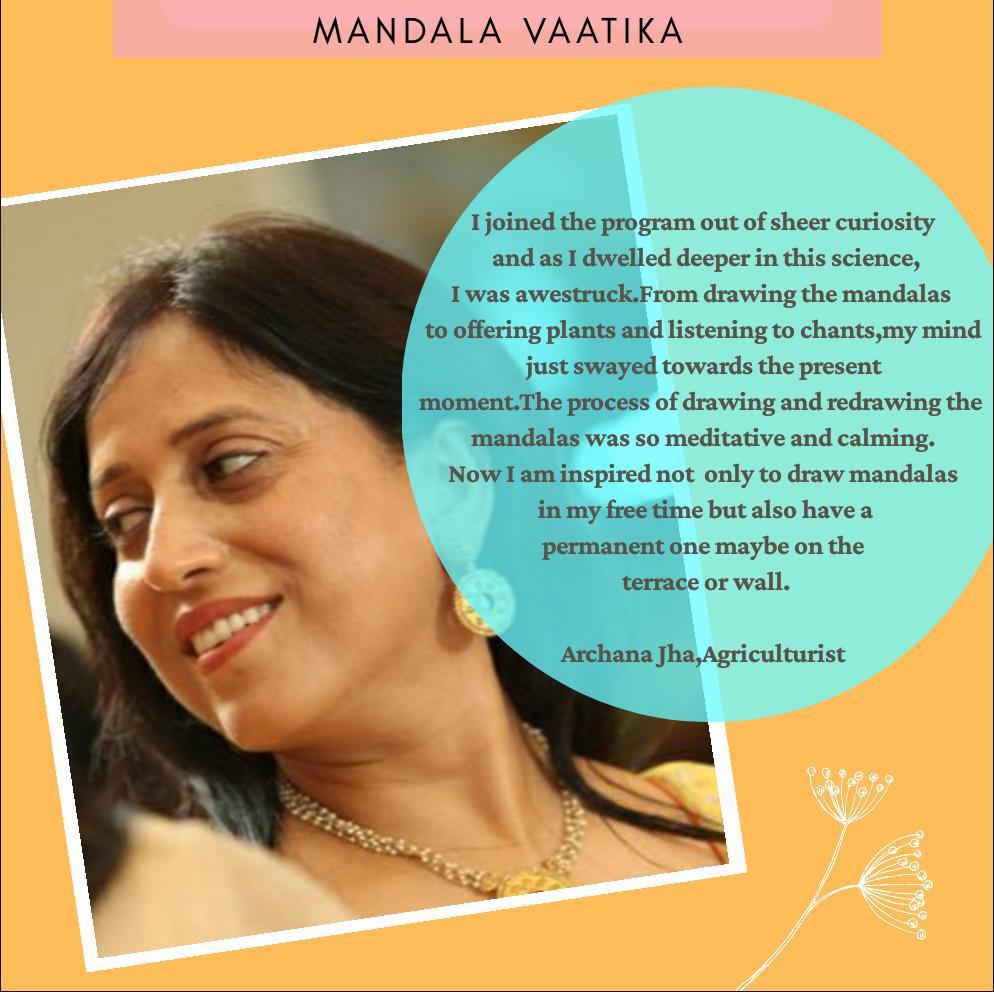 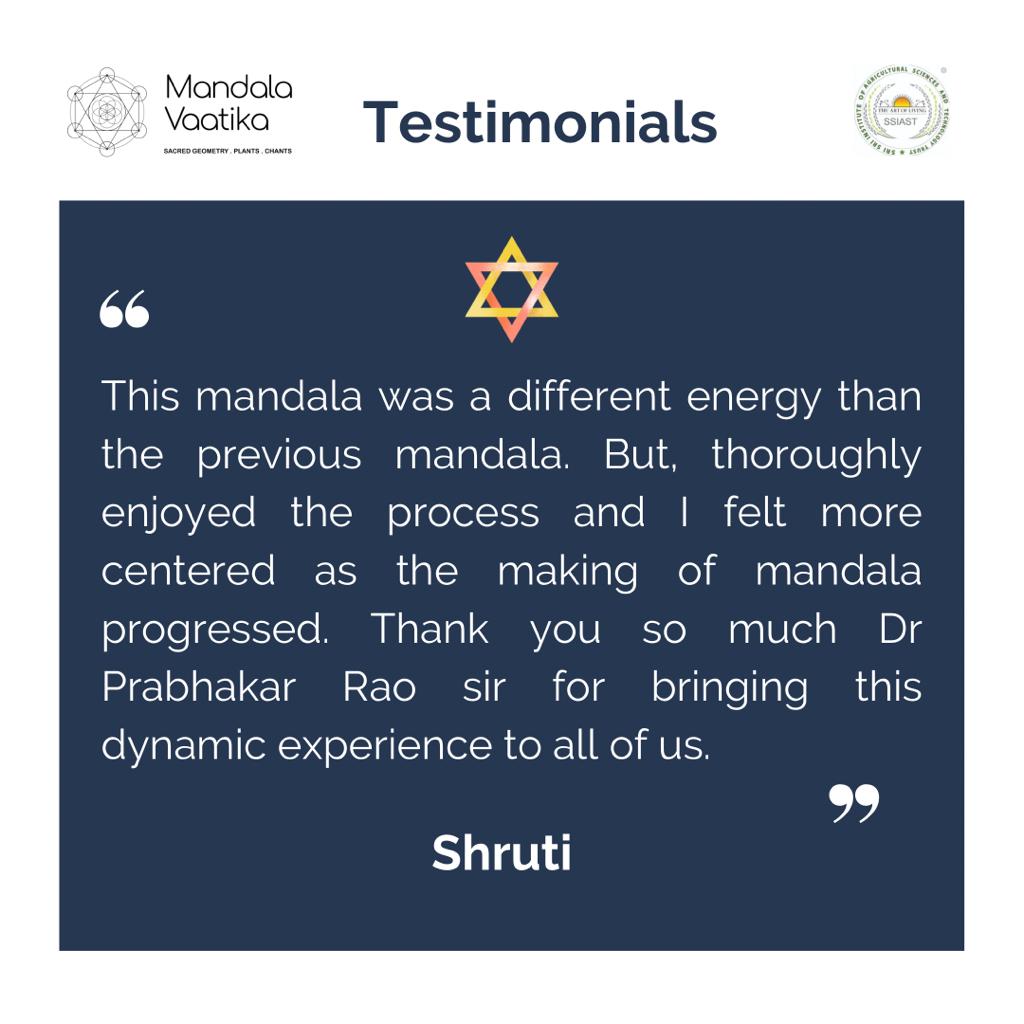 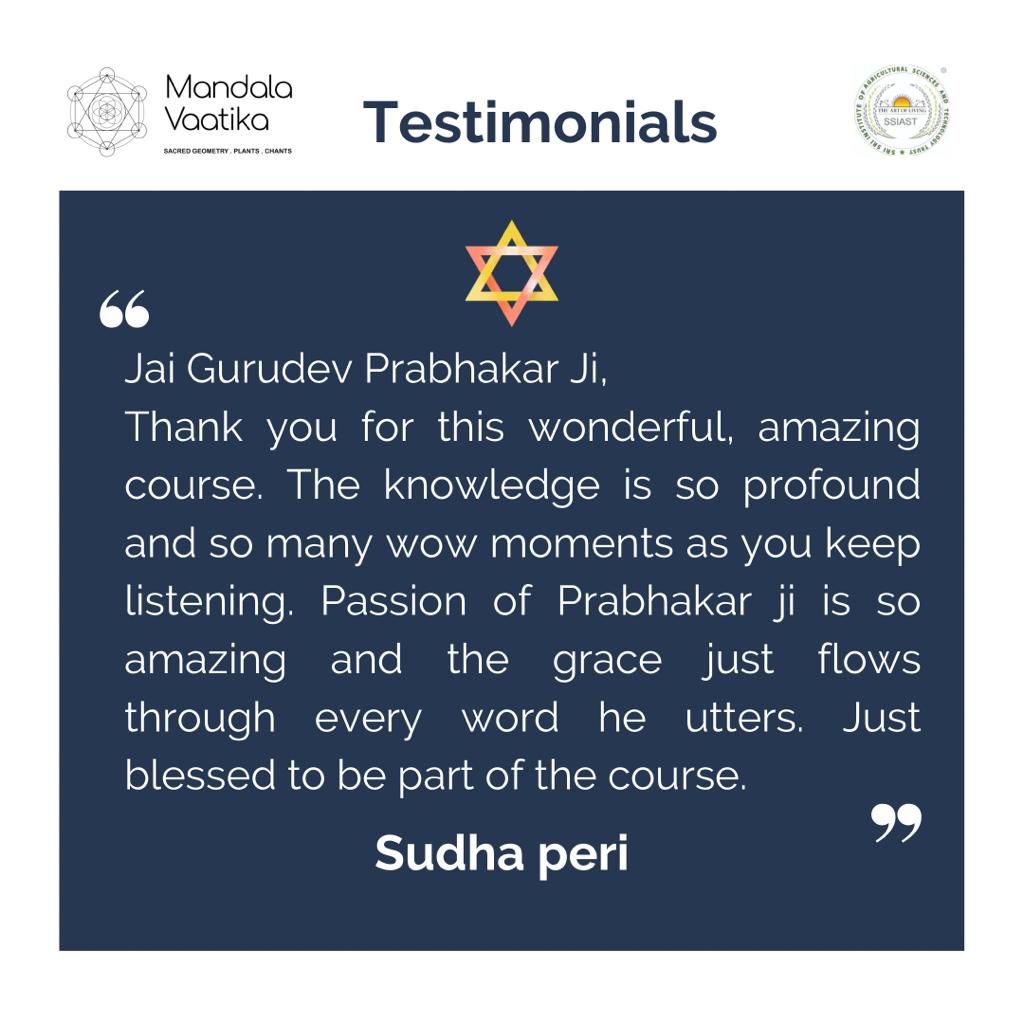 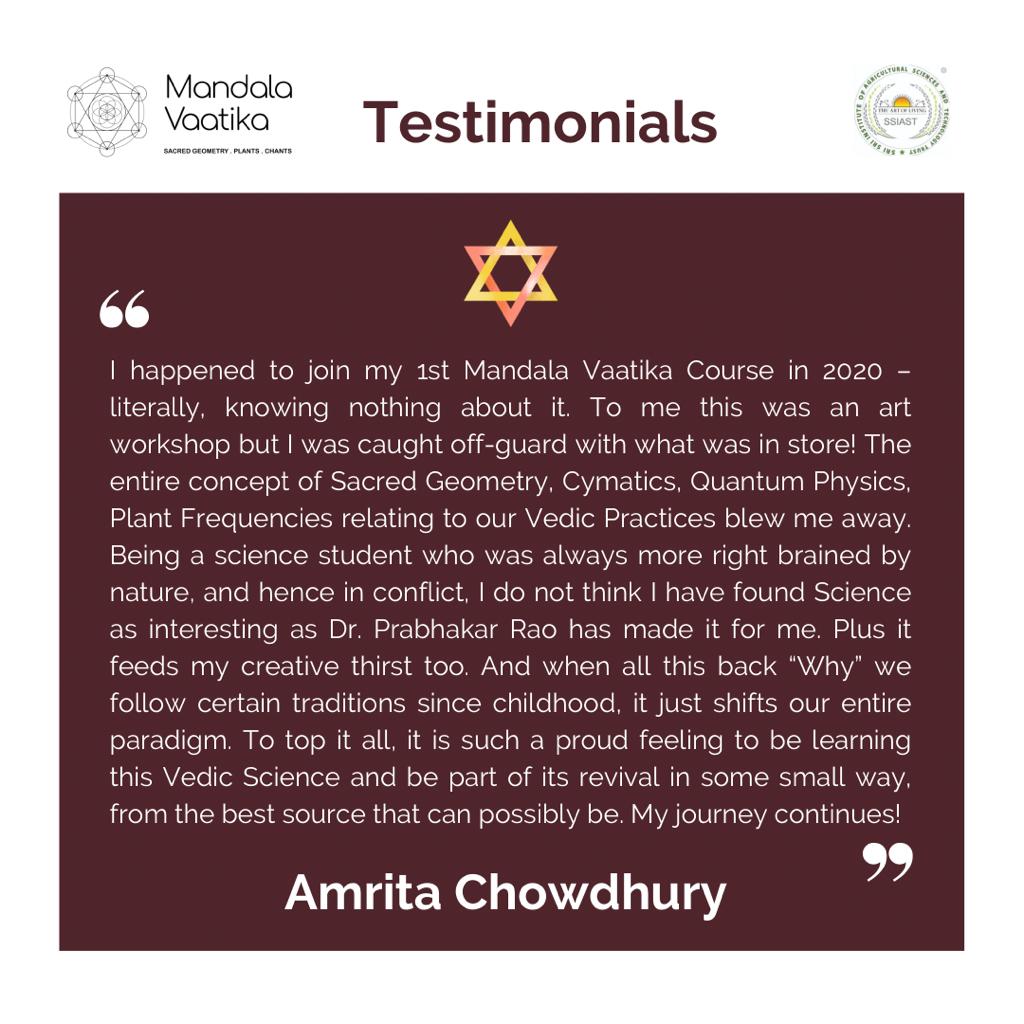